When I first met Jamaal Bowman, educator, leader, and founding principal of the respected Cornerstone Academy for Social Action Middle School in the Bronx, I was fortunate to have a long conversation with him explaining my work as a facilitator of “Expanded Knowing.” Fortunate for two reasons: first, because he allowed me the time to explain what I often find unexplainable; second, because he was able to sum the whole thing up in two words: “Oh,” he said, “you’re a Jedi Master!”

Yes, Jamaal, yes I am. I haven’t yet added that to my business cards, but thanks to you, I am now able to describe my work with a meaningful and universal pop-culture reference. AND, over the past few weeks, I have also developed a greater understanding of my work through another lens: empathy.

“Empathy: The ability to understand and share feelings of another” (google search for “empathy,” accessed 5/10/2016).

Researchers such as Frans de Waal, Paul Ekman and Daniel Goleman call the understanding aspect of empathy cognitive empathy. It is also referred to as “perspective-taking” – the ability to take an imaginative leap to understand the view of another. Perhaps because of our human bias, some consider it to be an advanced ability, for children develop this ability as they get older, and most other animals do not have this form of empathy.

The sharing aspect of empathy is called emotional or affective empathy. Researchers have shown that this has a physiological component (read this or watch this about mirror neurons), and is sometimes referred to as “emotional contagion.” A common example of this contagion is yawning (read this provocatively titled article to learn how yawn contagion correlates with empathy). Through affective empathy, a person finds themselves literally feeling in their body the emotions of another. Infants, dogs and other mammals are also wired for affective empathy. Frans de Waal uses this understanding as the basis for his theory about the evolutionary roots of morality. (He has a very thorough interview about this here.)

There is a third aspect of empathy that researchers describe: that of “compassionate empathy” to use the words of Paul Ekman (quoted here by Daniel Goleman). This refers to  the empathy we’ve already described, plus being spontaneously moved to help. Mary Gordon has several examples of how this moral courage has dramatically reduced bullying and nurtured inclusion and friendship in her book about the Roots of Empathy, a curriculum that teaches empathic intelligence to young children.

In my own work with Expanded Knowing, people come with the desire to understand the larger system surrounding their question. What people experience through the process is how easily we are able to create a living constellation of a system – that for every point in the system we are able to “understand and share” the perspective and feelings of the point in the system we are representing. I have come to understand this reliable and reproducible experience as a product of our innate empathic intelligence. From this experience, I offer my own definition of empathy:

Empathy is the ability to perceive the flow of information through any given point in a system.

This definition will require some zooming out to understand, but its application has the potential to radically change everything we currently understand about teaching and learning. 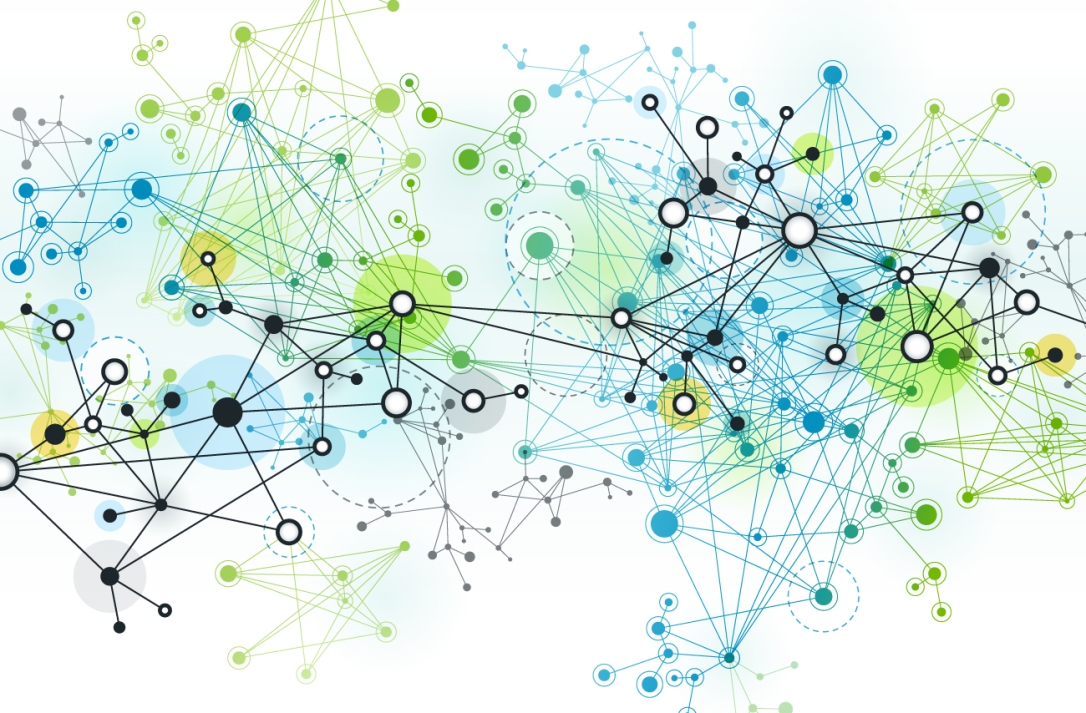 It takes only a moment of reflection to recognize that we are part of an interconnected web – we are, in fact, part of an infinite number of interconnected systems. I imagine people walking around connected to numerous invisible constellations, each of us the center of our own personal solar system.  When we eat our breakfast, when we get into our car, when we interact with our colleagues – each of those interactions activate their own web of connections. Though invisible, the fact that we are embedded in these systems is an undeniable fact of our existence. The question is: can we perceive these hidden systems?

At a strategic planning session I facilitated, members of an environmental policy organization wanted to make sense of the difficulty they were facing in convening their stakeholders around a shared vision.

I asked the members of the organization to choose individuals to stand in for the stakeholders.

The representatives they chose were complete strangers to them and their work. They were not part of the organization, they knew nothing about the stakeholders, they knew  none of the of the individuals involved. Yet when they stood in relationship to each other, representing the stakeholders and the organization, they were able to perceive where they felt conflict, where they felt attraction. The representatives, using their empathic intelligence, perceived and shared the feelings of the persons they were representing.

After this “empathic inquiry,” the director revealed that those two stakeholders were co-founders of an organization that had split up over a conflict, and that he had been up late the night before trying to figure out how to manage the relationship between these two people, both of whom he valued and wanted to work with.

At a recent workshop I led at the Harvard Kennedy School, I asked participants to think about an issue in their life, personal or work-related, that they wanted insight into. I asked them not to disclose anything about the issue, or even to tell the representatives – or me – what they were representing.

With each inquiry, these brilliant Harvard graduates put aside their analytical minds and stepped into their body-mind: the seat of their empathic intelligence. As one participant, a lawyer working in transportation and energy policy, explained (I’m paraphrasing), “not knowing anything about the problem, I decided just to be spontaneous and follow my instinct.” In every case, the person whose problem we represented found the representatives resonant with their understanding, and in some cases, the representatives revealed genuinely surprising relationships, leading to new insights for the questioner.

When I asked the participants to share about the problems they set up, many had chosen to set up systems that included non-living, abstract elements. “Money” or “block” or “my work” was represented. This leads to a surprising revelation: that our empathic wiring is not limited to perceiving human relationships.

I (and the numerous other Systemic Constellation facilitators around the world) have discovered that information, like everything else that we can name, exists in a system, in a field of information. Our wiring for empathy enables us to access and experience how the information and energy flow through a particular point in a system.

The Hard Problem of Consciousness and The Knowing Revolution

I have been introducing empathic intelligence through the Systemic Constellation process for 5 years now. Once experienced, people often become hooked. There is something uniquely satisfying about entering the field of information in this way. It activates a level of presence and engagement that some call flow. One friend I work with jokes that she needs to “get her constellation fix,” and when trying to explain it to others, she usually ends with, ” you just have to experience it!”

Yet it doesn’t take long to learn that this ability, as real as it is, as reproducible as it is, as widespread as it is, it is still met with incredulity. Early on, I had a conversation with a well-read, scientifically oriented friend of mine. To my dismay, after I explained what I did and how I understood it to work, he went on to talk to me about charlatans who use “scientific” explanations to dupe people.

This is because we are still dominated by a scientific paradigm that views consciousness as the product of brain activity. The reason this matters here is because, under this model, a person would be unable to perceive the system behind a problem if they have no information about it, regardless of what those Harvard Kennedy School Alumni believe they recently experienced. For proponents of this view, the idea that we can perceive this invisible system is often rejected outright (and you may be called a charlatan for even suggesting such a thing).

But perhaps I am a (scientific) revolutionary at heart, because I have continued to venture into this impossible territory, happily working at leading edge of the paradigm shift. My real interest is not in taking on the question of consciousness from a theoretical point of view, however. I am most excited about this work for a very practical – and even more revolutionary – purpose: an epistemological revolution. For, if information exists in a field, and if I can perceive that field – then the entry point to any field knowledge is through my own empathic intelligence.

In my own work, I am still in the early stages of exploring this revolutionary way of knowing. I continue to introduce new people to this work as often as I can. But I still have yet to make my complete vision come true – so I’ll share it with you:

Imagine learning communities everywhere: in classrooms or boardrooms or living rooms, sitting together in a circle. In turn, each member shares something they have been thinking about and wants to explore. Perhaps it’s a book they’ve read, some family history they’ve uncovered, or a current event that’s troubling them.  In response to their friend’s inquiry, the group stands up and represents a different point in the system and reports what they are experiencing.

What emerges is a flowering of insight and empathic understanding that exceeds anything we have considered possible.

Special shout out to Roman Krznaric, whose book EMPATHY initiated a lot of my thinking here (and two of the images used here are related to his book).

Alison Fornés is an educator, a Family and Systemic Constellations facilitator, the director of ConstellateUs.com (check out their latest project, SOCIAL ALCHEMY), and the woman behind expandedknowing.com. She can be reached at: alison@expandedknowing.com